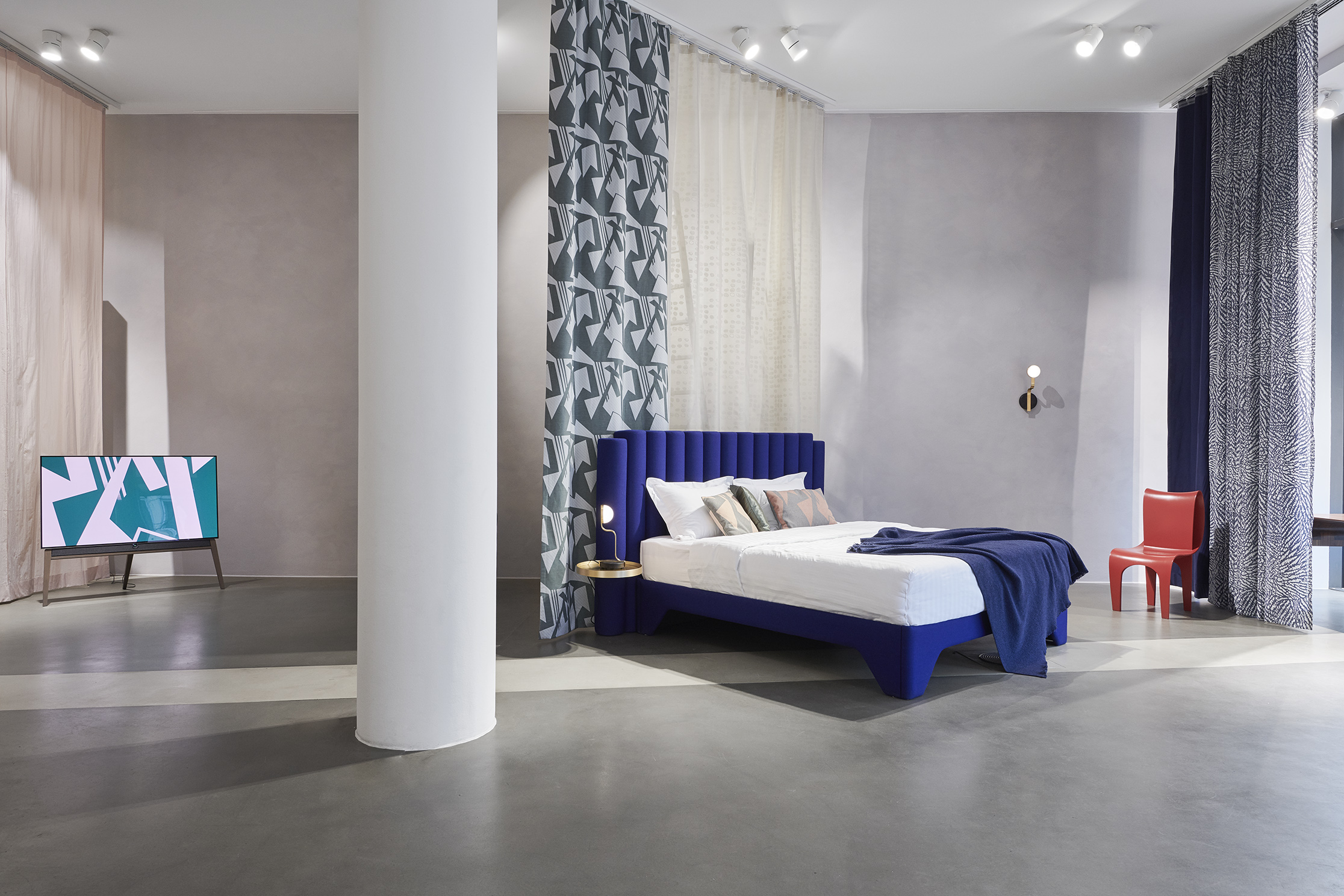 The fascination of the designer Bodo Sperlein for Vienna, Viennese Modernism and the Wiener Werkstätte production

community, based around Josef Hoffmann and Koloman Moser, takes shape in a series of extraordinary new designs.

Sperlein presented his creations in the exhibition VIENNA VIBES, premiering on 12th March, uniting his

collaborations with well-known manufacturers for the first time in the Neue Werkstätten in Munich.

With a range of selected furniture, lighting, fabrics and accessories the Neue Werkstätten is one of the prime addresses

of the city. It is the passion for good design that united Marina Woschni and Johann Klopsch, the managing directors of

the designer was inspired by the roots of Viennese Modernism and created expressive, graphic jacquard patterns in

a finely threaded cotton quality. Their effect of in rooms, whether as a cover or curtain fabric, is unsurpassed.